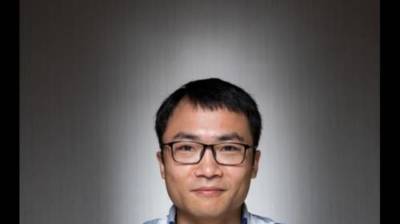 Researchers at Georgia Institute of Technology have developed a method to recycle nearly 100 percent of the materials in certain types of thermoset carbon fiber composites.

The new method involves soaking the composites in an alcohol solvent, which slowly dissolves the epoxy that binds and gives shape to the carbon fibers. Once dissolved, the carbon fibers and the epoxy can be separated and used in new applications.

“This method we think could have a lot of immediate industrial applications, with lots economical and environment benefits,” said Kai Yu, a postdoctoral researcher in The George W. Woodruff School of Mechanical Engineering at Georgia Tech. 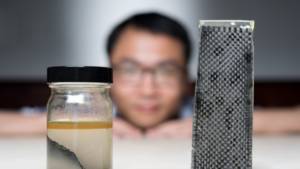 Carbon fiber – prized for its strength and light weight – is used widely in applications from aerospace to automobiles. But one of its drawbacks has been that, unlike aluminum, steel and plastics, the product is generally not recyclable.

Jerry Qi, a professor in the Woodruff School and who leads a team of researchers affiliated with Georgia Tech’s Renewable Bioproducts Institute, said traditional carbon fiber has presented two challenges for recycling.

“The polymer matrix is usually crosslinked, just like the rubber, and it can’t be simply melted; it’s very hard to strip away the polymer to reclaim the embedded carbon fibers, which are more valuable to recycle,” Qi said.

The research team focused on carbon fiber that uses a special type of epoxy called vitrimer epoxy to give the composite component its shape.

“Vitrimers contain dynamic bonds that can alternate their structure without losing network integrity under certain conditions,” Yu said. “We let alcohol, which has small molecules, to participate in the network of alternating reactions, which effectively dissolved the vitrimer.”

The new recycling process has the potential to put a dent in the thousands of tons of carbon fiber waste that is generated each year in the United States and Europe, Qi said.

The other advantage of this new recycling process is that it’s simple and straightforward, said Yu, who is now an assistant professor at University of Colorado Denver.

“It’s very easy to operate, so there’s no limit to the size,” Yu said. “It can be easily scaled up.”