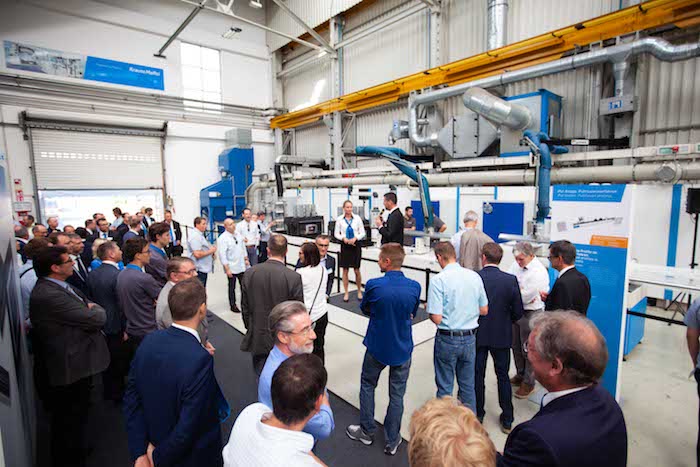 (Munich, June 14, 2018) – Injection Molding, Reaction Process Machinery, Extrusion: the KraussMaffei Group has been shaping technological development in all three areas for decades. More than 1,800 visitors at the Competence Forum in Munich experienced a veritable celebration of innovative machines and technologies on June 6 and 7. The occasion was the 180th anniversary, celebrated with the slogan of “Technology Pioneers – from Tradition to Innovation”. The KraussMaffei Group is systematically expanding its digital excellence with new digital solutions and services. 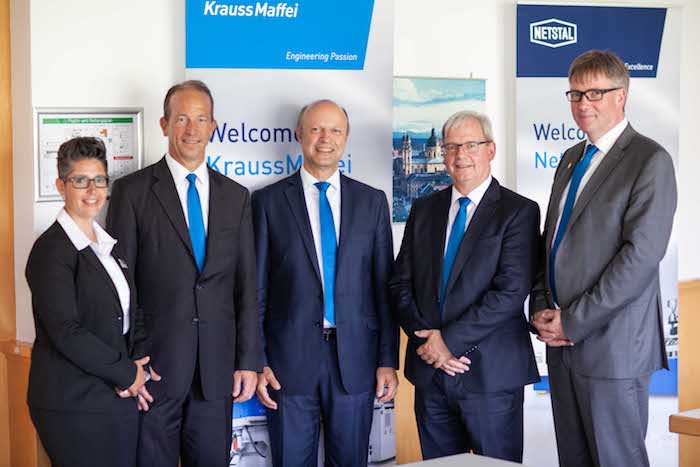 “The KraussMaffei Competence Forum was a great success. The broad spectrum of groundbreaking machines and technologies that we were able to show our customers at our in-house trade show made it a unique event indeed. It was very well received by the visitors,” stated Dr. Frank Stieler, CEO of the KraussMaffei Group. More than 1,800 visitors came to the Competence Forum, among them a considerable number from abroad.

An injection molding machine for each decade

The visitors were impressed by a total of 25 machine presentations. In Injection Molding Machinery alone, there were 18 exhibits (about one machine per decade) that presented live applications within the clamping force range from 25 to 1600 t. Among these were numerous innovations such as the new PX 25 and PX 320, with which KraussMaffei is expanding its all-electric series by adding two clamping force sizes, one lower and one higher. The new PX 25 impressed visitors with its micro-injection molding of liquid silicone (LSR). A radial sealing ring was produced with an intricate undercut and a weight of only 0.15 grams. The new “big one” of the PX series, with a clamping force of 3,200 kN, was displayed together with the IMD SI DUO film feed, made by our partners at Leonhard Kurz. This enables the world’s first independent positioning of two single-image designs, which not only increase output using multi-cavity molds, but also enhance production flexibility. 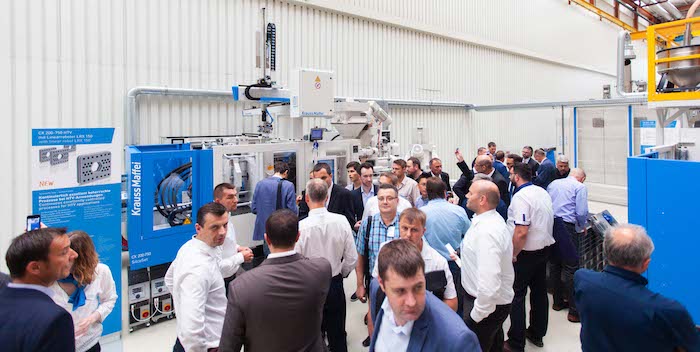 Additional highlights of Injection Molding Machinery at the Competence Forum were the GX 650 with the new Speed Option, thermoplastic lightweight construction with Fiber-Form technology, ColorForm applications in piano black and new technologies for fiber glass direct feed or for direct compounding.

KraussMaffei’s Reaction Process Machinery division not only celebrated the company’s 180th anniversary at the Competence Forum, but also an anniversary of its own. Exactly 50 years ago, a special clamping unit with two rotation axes for processing polyurethane was brought onto the market for the first time. KraussMaffei has been steadfast in shaping and driving the development of Reaction Process Machinery forward globally. The visitors were able to see the highlights of the last 50 years on a timeline. The exhibit was accompanied by numerous live applications. The biggest visitor magnets included the new iPul pultrusion system, which produced the hollow chamber profile based on glass fibers and a polyurethane matrix and the PUR foaming system with the new multi-color mixing head. And this created foamed knee cushions in various colors. The visitors witnessed fiber-reinforced lightweight construction ready for large-scale production on the fully automated wetmolding system.

Extrusion technology showed itself to be a real trendsetter using its live systems from the pipe and profile manufacturing sector. The visitors were thoroughly impressed by the TCP pilot line (Thermoplastic Composite Pipes). It impressively demonstrated the precise wrapping of a base pipe with fiberglass tapes for high-pressure applications in the oil and gas industry. In addition, the newly developed three-layer pipe head produced a three-layer pipe with a functional inner layer made from PA 12. Another visitor magnet was the profile extrusion line, which created a two-color lamp housing out of polycarbonate using the coextrusion process. 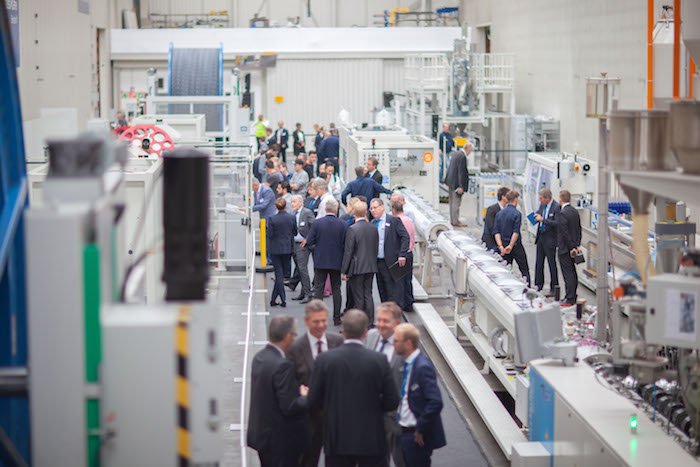 Additional exhibits, such as the direct extrusion system or the recycling model, once again proved the innovative ability of extrusion technology.

At numerous exhibits, the KraussMaffei Group presented its entire Plastics 4.0 product line and made the possibilities and advantages of Industry 4.0 in plastics processing come alive for the visitors. The presentation of the new MES system, MaXecution, and the live application of the DataXplorer on the GX 650 FiberForm system were highlights. With its microscopic view, it records up to 500 signals on the machine, including the organic sheet heat-up time. All injection molding machines were equipped with the intelligent APC plus (Adaptive Process Control) machine function, which provides extreme weight consistency of parts and the highest process reliability.

In order to bring even more effectiveness into digital solutions and services, the KraussMaffei Group is starting the Digital Service Solutions business unit on July 1. It will deal with service and aftermarket and link classic and digital activities.

180 years of KraussMaffei – a success story. The KraussMaffei Group has been able to continue its pioneering spirit and continually reinvent itself. As one of the global leading providers of machines and systems for plastics and rubber processing, it is now moving into the digital age with vigor.