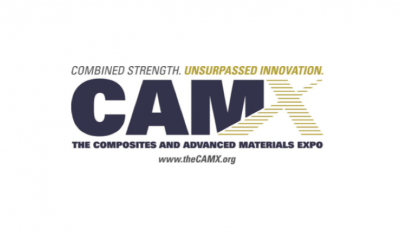 July 18, 2017 (Orlando, Fla.) – Disruptive innovation – a term generally associated with the creation of new markets or disruptions in existing markets by displacing market leaders – will be a central theme at CAMX Live! at CAMX – The Composites and Advanced Materials Expo.

During their dynamic presentations, these industry trailblazers will provide examples of how companies are creating disruptive innovation in multiple markets by thinking about designing and creating in new ways to make radical changes to products and the industry.

“It is exciting to share how manufacturers are using composites and advanced materials in new or non-traditional ways,” said SAMPE CEO Gregg Balko. “This year’s CAMX Live! speakers will kick off the show by energizing attendees with some incredible applications, including supersonic aircraft, disaster relief, and America’s Cup vessels.”

“I believe this year’s General Session illustrates that composites and advanced materials are truly making an impact everywhere you look – in the air, on the ground and across the ocean,” added ACMA President Tom Dobbins. “We want to show that composites aren’t just innovative, they’re essential to developing new technologies that influence positive change in the world.”

Knight worked in flight testing on several aircraft while at Bombardier, led the flight test mechanical design team on the Adam A700, and has worked on numerous programs designing and manufacturing composite aircraft structures. He is now the lead on aircraft structures for Boom Technology, which recently unveiled the completed design of the XB-1 Supersonic Demonstrator, the subscale prototype of a composite-intensive, supersonic passenger airliner. When it flies next year, the XB-1 will be the world’s fastest civil aircraft, and it will demonstrate in flight the key technologies for mainstream supersonic travel.

Antonic describes his work as “creating a new paradigm in building and construction.” For the past 15 years, he and his company have developed sustainable parts to replace wood, steel and concrete and assembled into custom buildings serving two markets: disaster resistant buildings and low-cost social housing. In the aftermath of Hurricane Katrina, Antonic spread awareness of his company’s fiberglass building system that can withstand 300 mph winds. The technology was featured in a 2005 New York Times article and has led to license and joint ventures supported by 39 U.S. patents issued and additional U.S. and foreign patents pending.

Jordan has engineered composite Yachts for the last eight Americas Cup’s, the last two for the Oracle Team USA, and including the winning team in 2007 and 2013. Oracle Team USA’s use of composites has paved the way for the materials to become a staple for building foiling catamaran’s for the America’s Cup.

To attend CAMX Live! make sure to register for the CAMX today at http://www.thecamx.org/registration/