With a special focus on manufacturing longer sections for the A321LR, the new facility features 20 robots, a new logistics concept, automated positioning by laser measurement as well as a digital data acquisition system. These will further support Airbus’ drive to improve both quality and efficiency while bringing an enhanced level of digitalisation to its industrial production system.

“By embracing some of the latest technologies and processes, Airbus has begun its journey to set new standards in A320 Family production. This new fuselage structure assembly line is an essential enabler for the A320 Family ramp-up. Increasing the level of automation and robotics enables faster, more efficient manufacturing while keeping our prime focus on quality,” said Michael Schoellhorn, Airbus Chief Operating Officer. “Given the enormous success of the A320 Family and the order backlog, we are taking the necessary steps to ensure our production system can match the excellence of our products and that we are able to satisfy our customers’ needs for our single-aisle aircraft.” He added: “A high level of trust and investment has been placed in our people and factories in Hamburg. We now need to deliver in line with our commitments made to customers while ensuring overall competitiveness.” 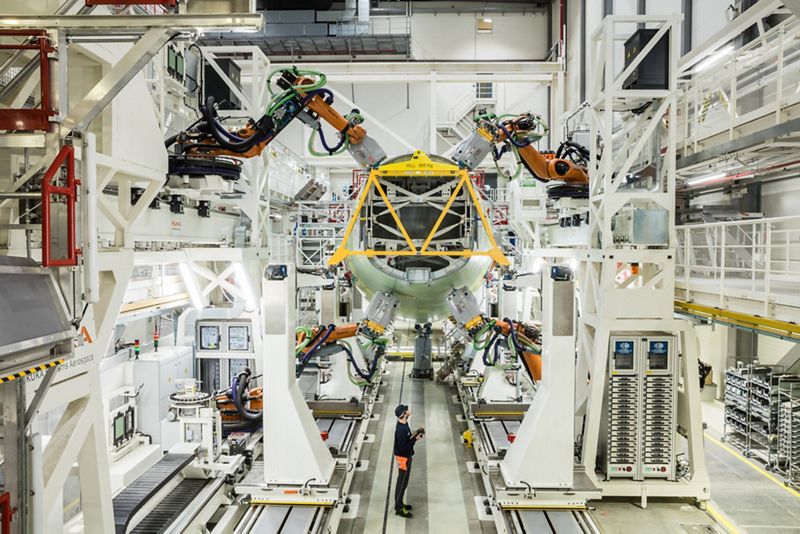 Airbus’ highly-automated fuselage structure assembly line for A320 Family aircraft, located in Hamburg, is responsible for joining single fuselage shells into sections, as well as final assembly of single sections to aircraft fuselages

For the initial section assembly, Airbus is using a modular, lightweight automated system, called “Flextrack”, with eight robots drilling and counter-sinking 1,100 to 2,400 holes per longitudinal joint. In the next production step, 12 robots, each operating on seven axes, combine the centre and aft fuselage sections with the tail to form one major component, drilling, counter-sinking, sealing and inserting 3,000 rivets per orbital joint.

Besides the use of robots, Airbus is also implementing new methods and technologies in material and parts logistics to optimise production, improve ergonomics and shorten lead times. This includes the separation of logistics and production levels, demand-oriented material replenishment as well as the use of autonomous guided vehicles. 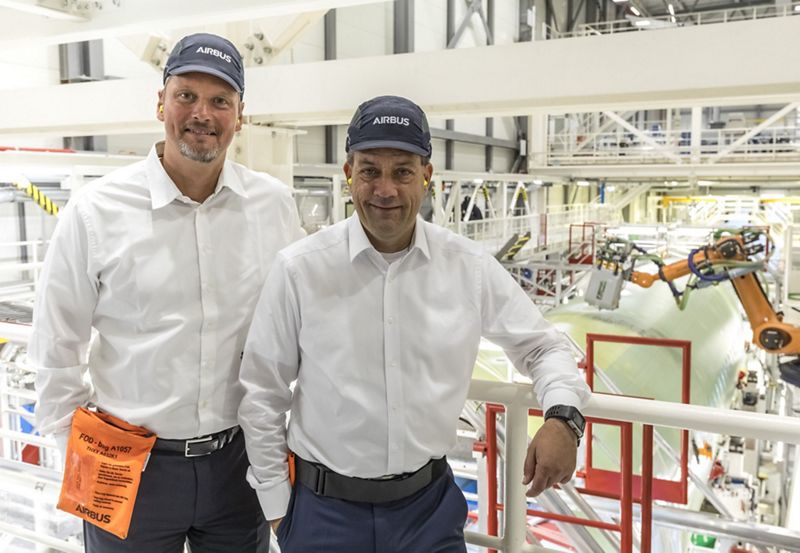 The Hamburg structure assembly facility is responsible for joining single fuselage shells into sections, as well as final assembly of single sections to aircraft fuselages. Aircraft parts are equipped with electrical and mechanical systems before eventually being delivered to the final assembly lines in France, Germany, China and the US.

Featuring the widest single-aisle cabin in the sky, the efficient A320neo Family which includes the A321, incorporates the very latest technologies including new generation engines and Sharklets, which together deliver more than 15 percent fuel and CO2 savings from day one and 20 percent by 2020 as well as a 50 percent noise reduction. To date, the A320neo Family has captured more than 6,500 orders from over 100 customers.

Solvay to supply Avio with advanced materials for space exploration